I had monitor with a problem where it would not power on correctly after it was off. It would just flash over and over again until it got warm, and then would start working and be fine until it was turned off for some time, and then back on again. These types of problems usually end up being something wonky with the power supply and often end up being caused by a capacitor or two that have gone bad. If you crack it open you can usually find them and simply replace them to get the monitor working again. This has happened to me a few times over the years and it's a relatively easy fix, so I thought I'd go over the process here with this one.

After cracking the case open and digging out the power supply, you can identify the bad capacitors by the bulgy bent up ones. Sometimes they will have some gunk on the top. In this case you can see the two caps here that are bad (the tall brown ones): 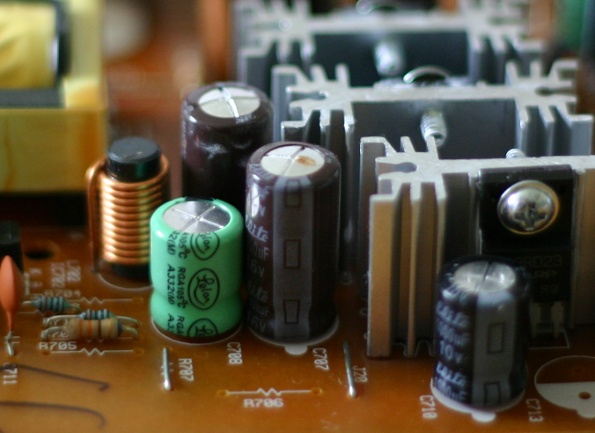 Using a solder pump, or wick, suck off the solder from the joints (note, I de-soldered the wrong lead in the bottom right, had to go back and de-solder the proper lead after noticing the cap wasn't budging)

And finally install new caps to replace the ones you removed. Make sure you use a similar spec cap. The ones I removed were 1000uF 16V caps, and I replaced them with 1000uF 25V caps. The same or higher voltage will be fine. Also polarity matters, so make sure you line up the negative lead on the cap with what is marked on the board, or the same orentation as the caps you took out. 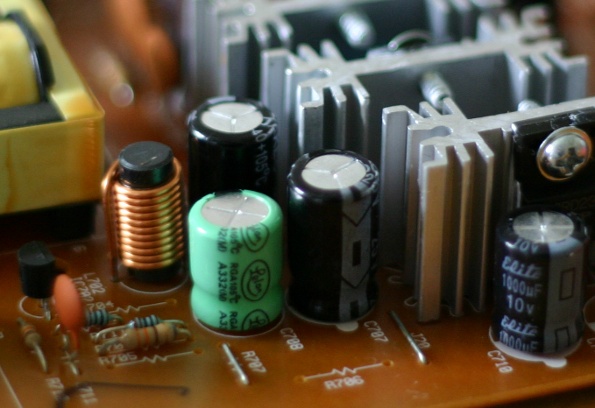 Put it all back together and if everything went alright it should be working like new.